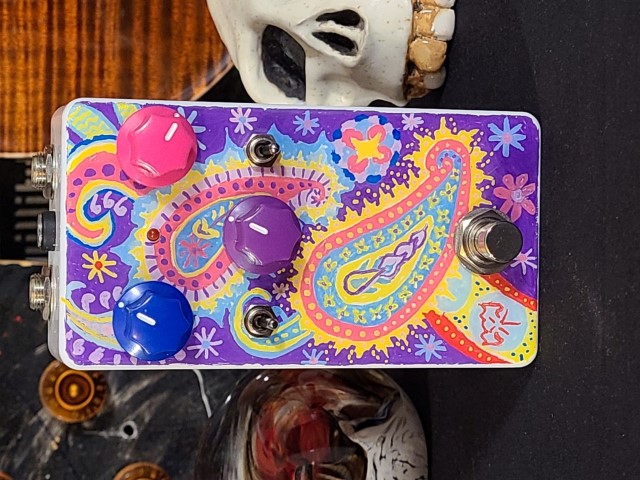 For the paisley drive I wanted to paint paisley. Not a simple task with the paint pens but I really like the colors and the way they look here. I feel like I am looking at a couple of tyedied ameobas in some psychedelic primordial soup.

From the Wampler manual: